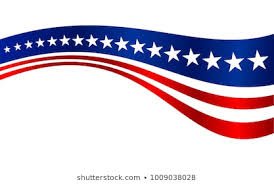 If you are reading this article then you are most likely aware of the challenges surrounding this law that was passed my a significant majority of the NC voters but has been fought and challenged every step of the way since that vote.  I’m not going to put you to sleep by going over the entire history, but I will be attaching a link in the article that gives a more detailed timeline of these events should you choose to read it.

Let’s start with the opposition’s stance.

It’s racist, aimed at suppression of votes, some people can’t get an ID, and who knows what else they are saying today.

I think those pulling in the strings in the party know better, but it is the way of today’s leftist party.  Deflect attention from your true purpose, sue when you don’t get your way, and so on.  But let’s touch on these subjects anyway.

I’ve yet to figure the racism idea one out, other than it’s the obvious go-to card when all else fails a leftist.  The primary sponsor of this bill, S.B. 824, was Democratic Senator Joel Ford, an African American.  One of the loudest supporters of voter ID that I have heard in person is Mark Robinson, an African American running for Lt Governor in NC.  I would argue that claiming a large part of your voter base is unable to obtain a voter ID based on their skin color is racist in and of itself.  We know the bill is not racist, I’m not going to spend a lot of time on this item.

As far as suppression of votes by deterrence or inability to obtain a proper ID, well, at least it’s not racism, but it also doesn’t hold water.  I’ve been privileged to work behind the scenes with some of the old guard democrats.  I have seen efforts by party and/or specific interest groups to reach out to voters who may have issues reaching the polls or otherwise just not have the interest in coming.  I have seen people literally picked up by bus, fed, transported to vote, and then taken home.

If voter id is required, you will see the same efforts being undertaken.  Family, friends, neighbors, and if all else fails, your own party will take you once… just once to get that ID.  If they can take you to vote they can take you to get an ID.  If you are medically able to make it to the polls to vote, you are medically able to make a single trip to the DMV or designated place to get your ID.

There’ are many answers and counter-proposals to these concerns and getting voter ID into the hands of all legal voters, both at a local and state level… Free ID’s, enhancing the voter registration process to require needed information and putting a pic on the Registration card, and others possibilities from people at large…  But the opponents of voter ID do not want answers, they simply do not want voter ID.  True to Saul Alinsky’s directions, the leftists would have us get bogged down into this theoretical hail mary of arguments regarding the ability to get a Voter ID.

I have not received permission to use this quote, but it was made publicly by Mark Robinson, so I’m using it.  “The only real reason not to have voter ID is if you plan to cheat.”

Now, the proponents of Voter ID.

What is good about Voter ID?  Let’s start with what we have heard every single day since the POTUS has been elected… foreign interference in our elections.  Oh the irony, the republicans “obviously” interfere in our elections, but we can’t have have voter id, to help prevent fraudulent votes.  One of my pet peeves is the “there are no illegal votes, prove it”.  People, if you are reading this, you or someone you know has access to the internet.

The information is there, even from left leaning sites like the Washington Post publishing an article indicating more than 5.7 million illegal votes may have been cast in 2016.  Independent .orgs like Heritage looking into illegal votes that asked for New Hampshire 2016 vote tally’s where Hillary won by less than 3,000 votes and NH refused to turn that information over.  There are literally hundreds of articles out there, you may can dispute some, but not most, certainly not all.  Ever notice how on average that all errors and lost votes always end up being predominately democrat… and not even close like 55/45%, always in leaps and bounds above.

Voter fraud happens, only those opposed to voter id in general or ignorant of the information available would deny this in 2020.  An Old Heritage study indicates that ~80% of all illegal votes are democrat.  I’m not sure I believe that one, I would think it would be higher.  At any rate, let over 50% of them vote republican and there will be DNA and Retinal scanners at every polling location.  Let’s have Voter ID and prove voter fraud doesn’t happen.

I want to cover the hypocrisy of the left on this issue as it relates to NC Voter ID.  The left says Presidential election should be decided by popular vote but leftist bench legislating judges says Voter ID can not be decided by popular vote.  The left talks of corruption and favoritism in the DOJ, but 2 of the 3 leftist judges recently voting to overturn voter ID are on public record sating their bias prior to the trial and did not recuse themselves.  The left spins narratives of foreign interference in our elections as high crimes, yet fights any effort for voter ID to ensure voter integrity in NC.  The “law” is all about what works for the left at that moment in time, nothing more, nothing less.

Voter ID.  You either want to be a legal registered voter in NC casting only one vote, or you do not.  Despite argumentative distractions and obstructions from the left, it really is that simple.