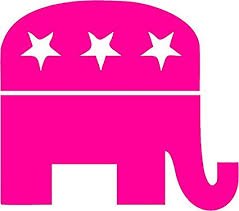 This section is written and provided information by Martha Stevens. Martha is our Treasurer and was the person that pulled the county party from the ashes or rut it was in to the revitalization we are going through now. We owe Martha a lot of credit and respect. She is going to a be spokesperson for our Republican Women to be an integral part of the party in Columbus County. We encourage you to get involved, it takes many voices to get everyone’s attention on our common goals of freedom, religion, pro-life, and the morality that has made this country what it is . She will be posting an article each week and information may pop up as provided through the week. Get involved….fight the fight with Martha.

The information below highlights six GOP women to watch in 2019, from the governor’s office to Capitol Hill.

Being a Republican female, I stand in awe of powerful women who represent their home states by sitting in a governor’s chair or waking the halls of our nation’s capitol building.  Women of this great country deserve the opportunity to make a difference and set examples for other woman. What better place than making a difference in the world of politics, which normally has been reserved only for males.

Liz Cheney– Wyoming Rep. Liz Cheney holds the same seat her father, former VP Dick Cheney, had nearly 40 years ago.  She achieved the party’s third-ranking leadership position just after one term in Congress, while her father achieved it after four.

Elise Stefanik– In 2018, NY Rep. Elise Stefanik won re-election to her third term in Congress.  She held the record for youngest woman elected to Congress until NY Rep. Alexandria Ocasio-Cortez broke her record in 2018.  Stefanik has long been vocal that Congress needs more women.

Kay Ivey – Governor Kay Ivey is Alabama’s second female governor and the first female Republican governor.  In May 2019, Governor Ivey made abortion in her state illegal in all circumstances, with zero exceptions for rape or incest. Doctors who perform the procedure face a penalty of up to 99 years in prison.

Kim Reynolds – Iowa’s Governor Kim Reynolds is the first female governor of Iowa.  She served in the Iowa State Senate then as Lt. Governor.  In 2010, Reynolds endorsed a ban on same-sex marriage in Iowa.

Mia Love – Mia Love served in Utah’s 4th Congressional District and the first black female Republican elected to Congress. She was first elected mayor of Saratoga Springs, Utah, then ran for Congress in 2014 and 2016. Mia Love lost in 2018 by only 694 votes.

Columbus County needs women in leadership roles in our county administration from county commissioners, county department heads, and even county manager.  We are on a mission to move women of Columbus County to the Republican Party and encourage all women to become active in politics. No offense to any male but from where I sit, a few of the men in office in Columbus County leave a lot to be desired. 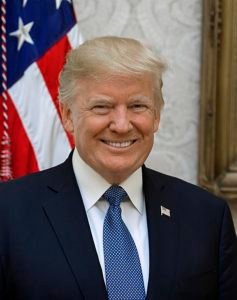