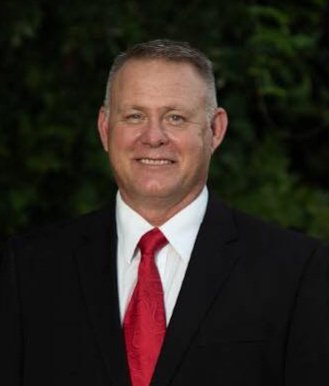 This article is concerning an article in the Friday, July 22, 2022 edition of the News Reporter.  The name of the article was “County Featured In Nationally Syndicated TV Show”, the Laura Flanders Show.  At the bottom of the page I will leave the link to their site as to allow to see the nature of their business and concerns.

The article concerned an interviewing of the Laura Flanders Show of several people concerning the 2018 election Jody Greene won against former Sheriff Lewis Hatcher, in fact Lewis Hatcher was one of the people interviewed.  The President of the Columbus County NAACP, Curtiss Hill was also interviewed.  Former County Commissioner Candidate, Marcus Norfleet , community organizer Jeremy Simmons also a ‘community organizer’ was interviewed.  Sheriff Greene did not take part of the so called ‘interview’ for obvious reasons.  The main issue of the interview was the acquisition of decommissioned equipment Sheriff Greene’s department received by help from our legislative representative Brenden Jones.  It didn’t cost Columbus County one red penny and all this has been discussed the facts are there and available should anyone want to quit lying long enough to do it.

I have noticed Ms. Flanders boast they investigate ‘the drivers of racism and environmental destruction, and examines alternative systems and policies that could, and do exist with a view to shifting the economy, culture, and political terrain.  I just wonder what the sheriff’s race in Columbus County NC has to do with racism, environment destruction or alternative systems and policies to the economy, culture and political terrain.”  I believe that some of the one’s interviewed should be questioned in their parts in some of the items her organization is so interested in.  As all this hack is going on by Sheriff Greene’s opposition, he is doing his job.  While Ms. Flanders has images and videos of people like ‘Hanoi Jane Fonda’ speaking for her organization on the internet, I have posted the link below for you to see, Sheriff Greene has images of him tearing down crack houses in the News Reporter making our communities safe for all the residents black, white and our indigenous brothers and sisters in Columbus County.  It’s a pity that they can’t do a story on NY City, they would certainly have not added to the carbon footprint traveling all the way down to Columbus County to do a hack job.