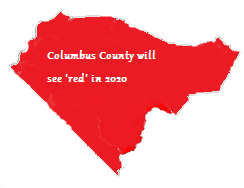 You don’t have to pinch yourself to see if you are dreaming, yes the hype is real.  From the day our president was elected ‘impeach 45’ has been the call from ignorant bolsheviks that have been elected into the halls of our founders in Washington and across the country in our states; namely California.  Four investigations and an excess of $30 million dollars paid to swamp rats in Washington, not to investigate ‘the crime’ but to ‘find one.’  Joseph Stalin would be proud if he were here today.  The very country the Dems are demonizing now, they use their old tactics to eradicate their political rivals.  Our ‘news media’ for the most part are just another arm of the Democrat party, so don’t look for the truth from them.

It is my belief, that our creator put our president in office; we are getting another chance.  The evil within the media, the Washington swamp, and the globalist all of which really fit under one title ‘globalist’ will not remove him from where the creator has placed him.  There were no crimes from Trump, it was Hillary and the Democrats.  This insanity they are showing now is a last stitch effort to hide their crimes.  Adam Schiff has lied to the point his credibility is gone.  The big push about the ‘Whistle Blower’ now is about the uncloaking of the Obama Administration and Democrats involved, perhaps some Republicans.  Barr is not in Australia to look at kangaroo’s; some people are going to go to jail.

It it getting closer to the truth, never give up.  The wheels of justice move slow sometimes; this is big and has gone on for who knows how long.  Trust in your creator and the people he has chosen to handle his business.  We should all do our part locally and work together, it’s a grass roots effort.  Columbus County is our project, let’s roll up our sleeves …join the fight!

This will also be on the Newsletter going out tomorrow.