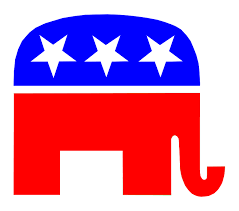 For the past few months, I and the Columbus County Republican Party have been warning you as to what is coming our way. It started in the 2018 sheriff’s election which Sheriff Jody Greene was elected. It was a close race, and we all remember the anger and issues surrounding the election caused by the Democrat Party on losing that election, by 37 votes. Suits filed, delays taking office were one of the results and bad blood by those that were not able to accept the fact, Columbus County elected their first Republican Sheriff. No one likes to lose an election especially by only a few votes, but the election was certified, and Jody Greene is the Sheriff, cut and dry without going through the story again. Comments made after Sheriff Greene took office that they would be back with vigor, and I paraphrase the wording they used. There are other elements involved in this and I will give my opinion based upon facts I know and familiar with.

If anyone has read anything I have put on Facebook they know that for the past few months if not year I have warned everyone about things going on in this coming election that should not be. We have outside entities involved with our election or trying to influence it. But first, let us see where it starts and who is encouraging it. I will not call any names because most everyone knows exactly who I am talking about. There are a few vestiges of the ‘R.C. Soles era’, Democrat party that are trying to hold on to the old guard. Those in that group are extremely racist in nature. They use race as a crutch modeled with a nationwide trend started by former President Barack Obama to separate the people in the country for political gain. They have without any doubt pulled outside entities into Columbus County to stir trouble and a sitting Democrat County Commissioner has sworn to spend one million dollars to un seat Sheriff Greene. This was not after the questioned audio came out, it was after Sheriff Greene was elected in 2018 concerning a matter of a stolen building on the commissioner’s property and an arrest was made. Sheriff Greene was doing his job. No one is above the law.

As chairperson of the Columbus County Republican Party I have not
personally attacked anyone, however it is my job to support our candidates and
relay information to the public. How else will you make a rational decision? I
have based my criticism of the Democrat candidates based upon the actions of
the National Democrat Party which is clear. Defunding the police, soft on
crime, showing partiality to those that would under the Democrat banner burn
building and attack citizens on the streets. Our schools assaulted with
materials our children should not be engaged with and labeled as pornography.
The schools are supposed to educate our children not indoctrinate them, CRT a
racist and brainwashing theory of disgruntled haters that do not have the
authority to use the public schools as a platform of hate. Christianity is
under attack and surprisingly a few in this county while fanning the flames to
fool some people call themselves reverend, minister or preacher; that is not
the church I grew up in.

We want to make this clear to all. The Columbus County Republican Party wants the best the people in this county can get; some may differ with what ‘the best’ means. We want clean government, law enforcement distributed equally to all, schools that educate not indoctrinate with the parents making decisions on what their children have access to as far as gender and morals, we want you to be able to worship as you please without big brother harassing you and we want to have fair elections in Columbus County not a ‘banana republic’ template used by those that use racism as a crutch to confuse people and take advantage of. Without fair elections run correctly the above wants cannot be achieved and they know that and that my friends are the bulk of what this is all about. Muddy the water enough and it is hard to get good people to run for office, they cannot win on their performance, they must lie, cheat and steal. They are following the national Democrat template and it is going on in every state in the nation. These people care nothing for you, for our laws or your children. When outside influence comes in our county you know they are up to no good.

I/We wish everyone well. I have stated what we want, and everyone should want the same, life, liberty, and the pursuit of happiness. We want to do this at the ballot box, we want everyone to get along, we want people to be able to sit down and talk to work things out. We as a party will strive to do this, we are for the people of the county white, black and red all are the creator’s children. Bad entities are at work here a handful of people that just cannot let go of the old guard. I, myself have lost a few friends because of things going on and have made new ones. That is just the way it is. The many and the right way is what is important, by their actions they were never friends anyway, but I wish them well. I take it seriously and I know we are right. Should these candidates for the Democrat Party be elected in Columbus your county will change for the worst. An ultra-liberal extremely partisan governor will cater to far-left platforms of these people and a sheriff that will cater to the groups that put him there. A disgruntled commissioner and racist groups outside of Columbus County getting money from groups like George Soros to cause living hell in our country, if you ever would need a good sheriff, it is now. You have a choice, listen to lies and vote for chaos or vote for those that would finish bringing Columbus County to the status we duly deserve and will achieve with leadership, not hate, and sour grapes. Get out and vote, encourage your neighbors and friends to get out and vote. Take them to the polls if they do not have a way, we all must work together not work against each other. Everything I have said is true, some will not like it, naturally, the truth is not welcome with all. If you have watched the news the past four years you cannot argue with it. There will be an effort to cause problems do you think this will be for your benefit. You know it will not.