According to the ‘Free Beacon’ mere hours after President Trump signed the stimulus bill to protect paychecks for workers the 100 musicians with the Kennedy Center received emails telling them there would be no further paychecks after April 3rd. This is an entity also that receives tax payer dollars from you. The Kennedy Center did $250 million dollars in renovations and was given $41 million from the taxpayers in 2019. Nancy Pelosi and Chuck Schumer are rank liars and snake oil salesmen. You cannot trust these people, they are liars and sheisters. I’m not an advocate of the Kennedy Center receiving the money period …but if they got it they should spend it for what it was intended for.

My question is ‘where is the money going?’ This is wrong and I’m no attorney but would say is illegal. How anyone could register as a Democrat now I can’t comprehend, some people must love punishment. Don’t take my word for it read the article here! How much more of Nancy’s ‘pet projects’ will be getting money for all the wrong reasons? 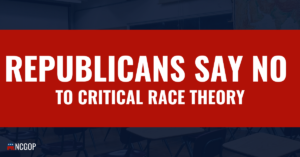