The Progressive Agenda Based on ‘No Absolutes’

Sometimes you have to stop and just take a look or make sense out of things that don’t make sense, and ask why? When you consider all the idiocy that has been going on now for several years, it really stepped up under the Obama Administration, you know the one that had a perfectly clean eight years, with no issues. Let’s just say that none were considered as corruption by the media and the elected officials of the Democrat Party. We will take a look at a word of which you don’t hear much about or not considered in the scheme of things going on now. What is pushing the utter nonsense and to use a more sinsister word, evil.

The word I’m referring to is ‘absolutes’ and I have looked the word up on the internet dictionary for a proper definition and it is as follows:

ab·so·lute
/ˈabsəˌlo͞ot,ˌabsəˈlo͞ot/
Learn to pronounce
noun PHILOSOPHY
plural noun: absolutes
a value or principle which is regarded as universally valid or which may be viewed without relation to other things.
“good and evil are presented as absolutes”
something that exists without being dependent on anything else.
noun: the absolute
ultimate reality; God.
noun: Absolute; noun: the Absolute

Please note the three lines I have in bold red italicized text. The first one says that good and evil are the standards of absolutes, and then look at the second red line which indicates that they exist without being dependent on anything else. What does that mean? It simply means that they are what they are or are defined by their actions. Good being the third line, ultimate reality; God. So, God set the absolutes, there are no questions and no second guessing. This is what is under assault now. A man is a man and a woman is a woman, there is no doubt, no or.. if and I want… as the second red line claifies for us. Murdering babies for the sake of a feeble lie or excuse or allowing certain groups to break the law while others are held tight to laws that make absolutely no sense. There are many more, no need in going through all of them, you get the point and know exactly what I mean.

We have always had an issue with laws and govenments have always utilized that for them to grow. When Moses came down off Mt. Sinai, the first thing he did was lose his temper and break the commandments hand written by God on tablets. These 10 commandments were made to simplify the confusion caused by the scribes of the day. Since then laws cover just about every aspect of your life but where are the absolutes? Wouldn’t the absolutes help bring this confusion to a halt? It should, but here’s another word called ‘morals’ that there have been a deficiency in. Here’s a quick definition of ‘morality’.

mo·ral·i·ty
/məˈralədē/
Learn to pronounce
noun
noun: morality
principles concerning the distinction between right and wrong or good and bad behavior.
synonyms: ethics, rights and wrongs, correctness, ethicality More
antonyms: immorality
a particular system of values and principles of conduct, especially one held by a specified person or society.
plural noun: moralities
“a bourgeois morality”
the extent to which an action is right or wrong.
“behind all the arguments lies the issue of the morality of the possession of nuclear weapons”

Well, when you read this it kinda opens your eyes and gives you a little insight of what may be an issue. According to the definition it is an issue with some to determine right from wrong or good behavior/bad behavior. That kinda contradicts ‘absolutes.’ So, here’s a dilema; now we have a problem since there is no absolutes because we don’t know what’s right and what’s wrong, everyone could be right and everyone could be wrong, in the eyes of those that would distort truth and reality.

Since there is a distortion in ‘ultimate reality; God, man/governments have to create laws to tell you silly things that many already know, but the most irresponsible and wicked is passing laws that are wrong. Case in point killing babies because one has no value for human life, and too sorry to use contraceptives. Men marrying men and women marrying women, absolutely idiotic because biology does not permit reproduction and on top of that special privileges. The same for the LGBT community. It’s not enough to live you life the way you want to without interference from others, they want to rub it in your face and your children’s and have the schools let them in to show a sick person wearing clothes of the opposite sex like they are aunt/uncle ? Bill/Sue from up the road. The powers that be, call you a Nazi and a bad person and give the truly troubled people in our society special privilege. It’s all for this folks, since these people don’t believe in absolutes or have any morality they do know they are …. off the scale….so to speak, so if the government passes a law that says their normal…then by gosh….they are normal and given special privileges while yours, such as the second amendment, first amendment and religion are under strict assault by the progressives and the bolshevik news media. I could go on, but you already know. I just wanted to put this out to let some know…we know. Sometimes you just let people know, you are not asleep. Cleaning out closets starts at home, Columbus County will clean out theirs in 2020. You have to get mad enough to see ‘red.’ Columbus County will see red in 2020! 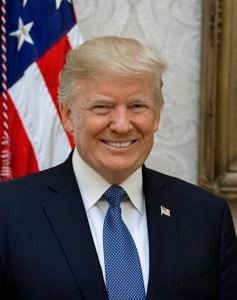